Money Block – Do I have one? 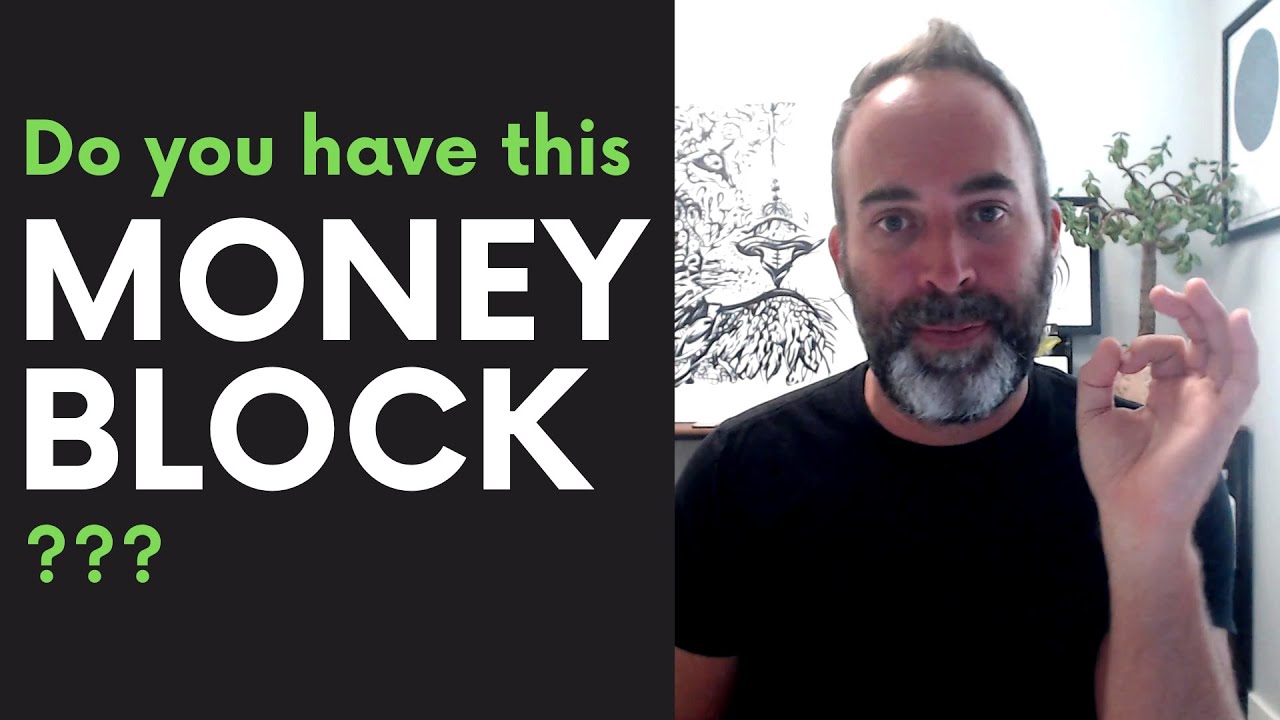 Money Block – Do I have one? – is the topic covered in this video session, if you are like me (the blog editor – not Nick lol) then you like to take notes, sit with a phrase, soak in the meanings, metaphors, and “AHA!” moments through the written form.

For many of us humans, being with the words themselves that are inspired into Nick’s Videos brings another level of powerful to what’s been shared!

There is a link just below if you would like to watch the conversation live via YouTube or you can follow along with the transcript just below that. Whichever you decide to do, let us know if an “AHA” moment shows up for you!

We have kept the transcripts as authentic to the recording as possible – except for a few of the extra ums and ahhhhhs … after all, keeping it real, is what’s making everything in your life real!

Money Block – Do I have one?  Watch here

Money Block – Do I have one? | Transcript:

Hey guys, it’s Nick here. Hope you’re doing well. I finally found the time to shoot this money block video. I’ve been intending to shoot all week. In this video, what I’m going to do is I want to talk about money both from the context of bringing in money and creating a money block. So one of the major money blocks, but also money from the context of selling services and attracting people who can afford your services, who have the money to afford your services, because these two topics actually go hand in hand.

So my freedom, my freedom leaders, uh, listen up too, especially the second part of this, this video. So first, um, I want to remind you that most people are manifesting by default. So what do I mean by manifesting by default? So we allow our perspectives, our expectations, uh, typically to be based on physical reality evidence.

So I experienced something that creates a belief, a perspective that belief perspective gets projected out to our vibration reality creates more of that experience. So for example, let’s say I own a fruit stand and on that fruit stand, I’ve got apples and pineapples. If for the last six months I haven’t sold a single pineapple, nothing but apples. Then that evidence creates a belief within me, an expectation that the next person who comes in is only going to buy apples.

So this creates what I call a current reality loop, where I allow physical reality evidence to define a belief, a perspective and expectation that projects into reality, which creates more of that experience, which reinforces more of that belief, right? And that creates that loop, right? And that’s what most people are doing. And that’s what I really call manifesting by default. Now let’s take that example and translate it over to money.

It re it creates a belief, an expectation around what you can or can’t afford. So if you’ve had no more than $500 in your bank account for the last three years, then you’re probably practicing a belief that I can’t afford a brand new car, right? And the way you can measure to see if you’re practicing a baseline financial reference point, one of these current reality loops, that’s keeping you stuck there is ask yourself, on a scale of zero to 10, 10 being most.

I totally expected zero. I don’t expect it at all. How strongly do you expect to have a different amount of money, a significantly different amount of money in your bank account, six months down the road, right? And if you’re not expecting it to be different, well, then you’ve got some belief work to do. You’ve got some perspective-shifting that you need to make. And the most important thing to right recognize for this perceptive shifting is that evidence physical reality evidence is evidence of nothing other than the vibration that you’re practicing, right? So you need to stop allowing current reality circumstances to define, or have you tune into the vibration of those same current reality circumstances. Right. Makes sense. So here are three really quick tips on how to overcome this, this money, this money, uh, expectation. So one, um, learn to allow money to become a cooperative component.

Um, stop trying to figure out ways to make money show up because by doing that you’re black and that I got another YouTube on that topic. Um, second learn how to break free from that current reality loop by choosing new expectations, even if you don’t have any evidence to back them up yet. And number three, of course, work through when your resistance. So things like fears, but energy, um, emotions like feeling like you’re non-deserving or unearthing, things like that.

So now for those of you who are my freedom leaders, my practitioners, um, how does this apply to selling services? So how is it that you want to, what is it that you need to shift or do to attract clients who can afford, um, the things you want to sell, whether they be services or products, it doesn’t matter. So in that context, it’s the same thing.

Um, but really there are two key beliefs you want to look at. So one is the beliefs around what others can afford, but also the beliefs of what others are willing to pay. And what’s interesting is it’s based on, of course, what you’ve experienced so far in your reality. So if you can only see people who have ever been able to afford apples, then you’re not going to expect to see people who can afford pineapples, right? And the people who couldn’t afford the pineapples, they’re everywhere, they’re all around you and your physical reality.

But if you’re still vibrating at the expectation that people can only ever afford apples, then that’s all you’re going to experience, right? So it’s by understanding that you’re basing what others can or can’t afford, not just on what you’ve seen, but on your own financial circumstances, on your own financial limitations.

If you don’t believe you can afford to pay $200 for a session with a coach, then your belief system is going to reinforce that money block and other people, and you’re only ever going to attract people who can afford no more than what you believe you can afford. Right? So what you need to realize and recognize is that there are people everywhere. There’s at all baselines of financial, um, financial set points who can or can’t pay for services at all prices.

But if you don’t see yourself as being able to practice the vibrations where you could afford it than other people, you’re not going to have a belief system that reinforces the ability for those people to show up in your reality as well. So what I want you to do is recognize that financial digital experience is just a practice vibration, right? And if you’re not attracting what you want from a financial vantage point, it is purely an expectation problem, leaf system problem, a mindset problem, and start by working through this by looking at what are my expectations, both for what I can afford, what I can do, but how I’m perceiving other people as well.

So that’s what I wanted to share today. Hopefully, this was useful for you guys and I’d love to know what do you believe your biggest mindset limitation is around money. And I’d also love to know. Do you feel like you’re stuck in one of these current reality loops, these baselines where you’re just expecting your bank account to be the same thing in three months, six months from now, drop a comment. Let me know. I’d love to hear and, I wishing you a magical day filled with lots of incoming financial abundance.

Resources, tools, and Next Steps you can take:

Previous Self Worth | What Do You Do When Someone Brings Down Your Vibration?
Next Opposites | How to always benefit from Contrast

Opposites | How to always benefit from Contrast

Vibe Check – The ultimate in Understanding Alignment and Vibration